The history of polycarbonate

Polycarbonate:
a story begun in 1928

The polycarbonate polymer was discovered almost by mistake in 1928, when researcher E. I. Carothers of the DuPont company, a yarn manufacturer, began to study polyester resins and aliphatic polycarbonates. He was looking for a stable material to make the price of spun cotton less fluctuating and consolidate the availability of cotton on the market.

Polycarbonate was a new, resistant, and transparent material but too avant-garde for its time, and it was temporarily left on a shelf. 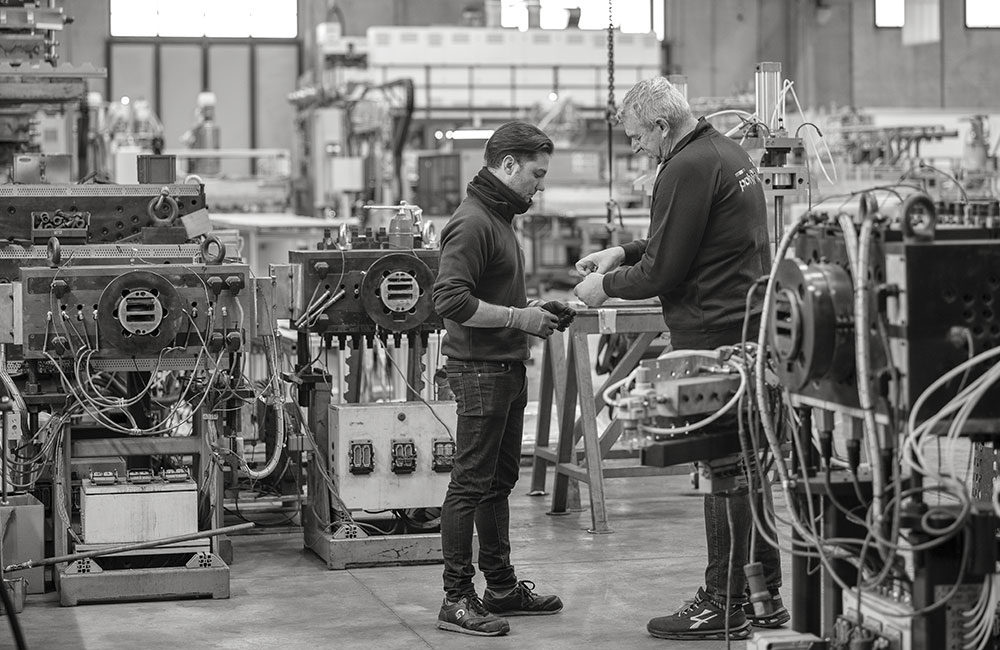 In 1952, several scientists became interested in the polycarbonate molecule and replicated it in their laboratories. However, a few years still needed to go by before an actual product was ready for the market.

The industrial production of polycarbonate began in 1959.

Back then, society was not yet ready to assimilate this new polymer, which was exceptionally sturdy, non-toxic, and transparent. However, the American public opinion was quick to express its approval. Beginning in the Seventies and thanks to various promotional marketing campaigns, polycarbonate became progressively known and assimilated and Designers, to whom the polycarbonate molecule was presented, became the promoters of its innovation, by inserting the material into their work plans.

As it can be easily sterilized and is disposable, polycarbonate was soon used in the medical field, to replace glass. For the same reasons, it was very easily adapted to the Food and Catering sectors.

In Italy, the diffusion of polycarbonate took place much later than in the United States.

The first company to manufacture multiwall polycarbonate systems in Italy and Europe in the late Seventies was Polyù Italiana, founded by brothers Angelo and Vitale Moretti. Polyù ceased its activity at the end of 2009.

PolyPIÙ was founded in February 2006 with the same goals by Domenico, Cristina and Elisabetta Moretti. The young Andrea and Marco Moretti joined the board of directors in 2017.

Are you looking for more information?

Get in touch now! One of our experts will get back to you as soon as possible.