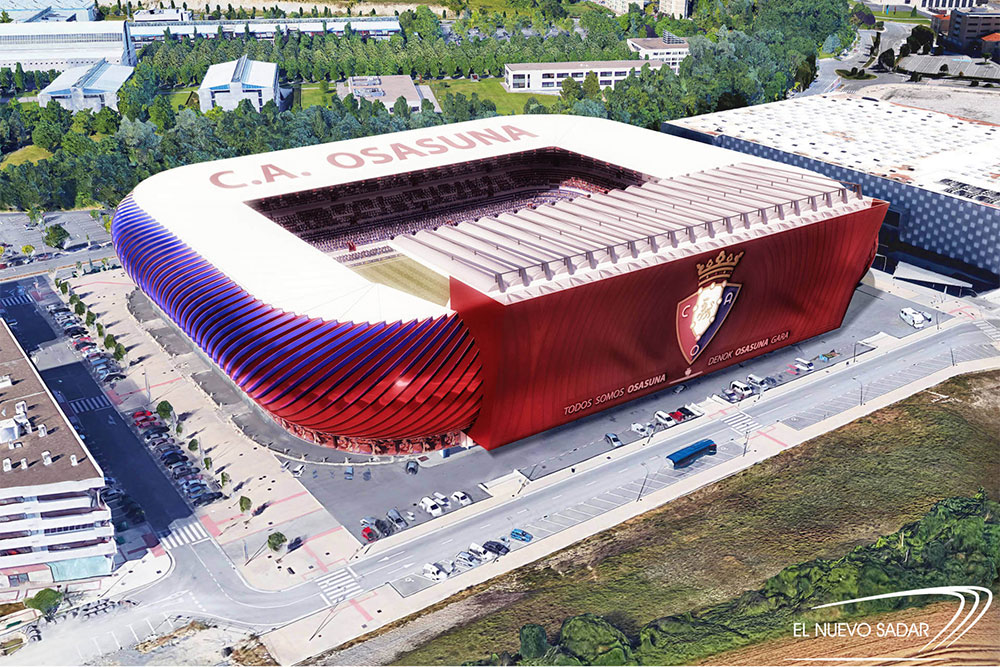 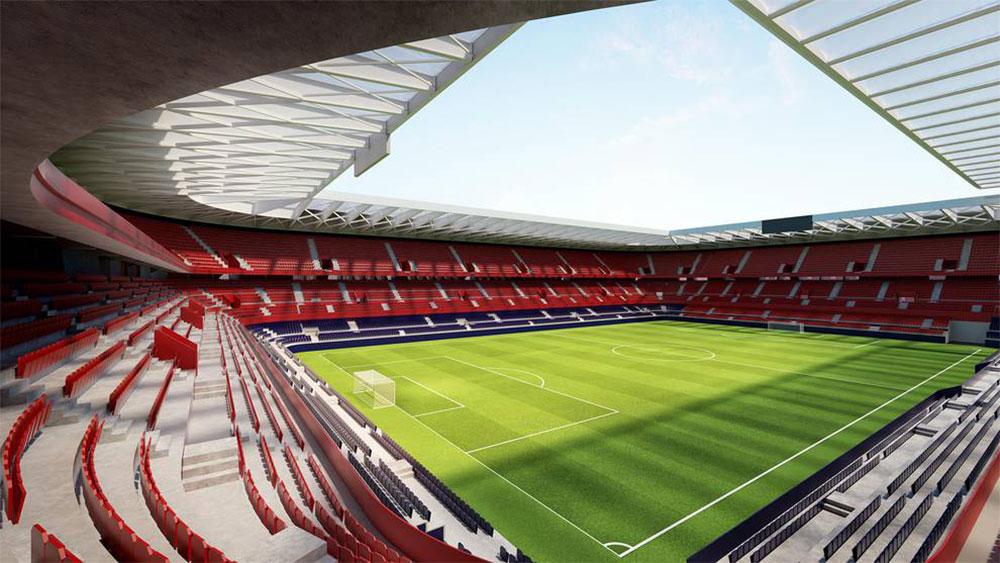 In 2020, on the 100th anniversary of the founding of CA Osasuna, the club organized several events and decided to renovate the El Sadar stadium in Pamplona, Spain.

Initially inaugurated on September 2nd, 1967, with a match between the Real Zaragoza and the Portuguese team Vitoria Setubal, El Sadar took the place of the old San Juan stadium and was named after the Sadan river, which flows just west of the city. At first, the structure could host welcome twenty-five thousand spectators, seven thousand of whom could sit.

The renovation of the El Sadar stadium was entrusted to OFT Architectus, one of the most renowned Spanish architectural firms, with the RED WALL project. The project saw the allocation of 16 million euros in anticipation of an extension of the stadium’s capacity up to 24,500 seats, 1,500 of which standing, to satisfy the requests of the most passionate Rojillas fans.

To create the translucent part of the roof that protects the terraces, the choice fell on GrecaPiù 40/10 5G, the corrugated sheet by PolyPiù with a 10-mm thick alveolar structure. The product was chosen in its opaline color for a full extension of 4,850 square meters.

The opaline hue allows a uniform and non-dazzling distribution of the light passing through the polycarbonate sheets and a partial screening of its intensity. The result is a noticeable visual comfort for people in the bleachers.

The slabs were made in a single piece, all along with the entire pitch, reaching a length of 137 meters.

To prevent the panels from accumulating dust and dirt in their inner section, they were also sealed directly in the factory through an accurate welding process. The slabs mounted on the four corners and cut on-site were sealed with special aluminum tape.

The assembly was carried out on a supporting structure with crosspieces perpendicular to the slab’s development, placed at a 2.33-meter pitch. This distance made it pivotal to integrate the plates with an aluminum reinforced profile mounted under each joint and, in the most stressed areas, under each plate’s central corrugation.