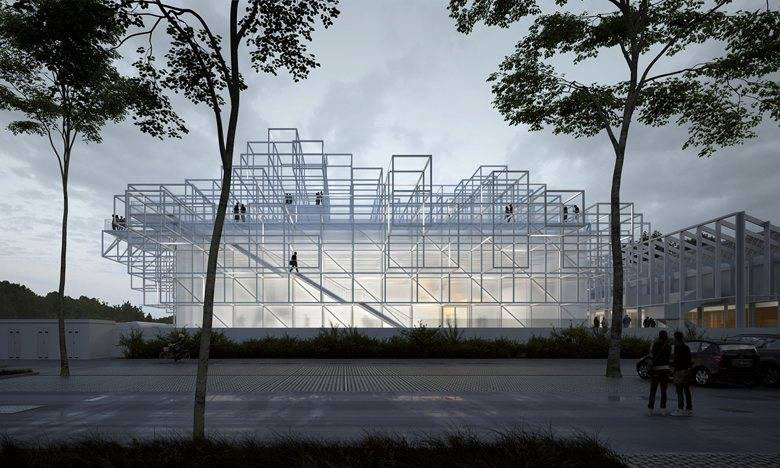 Last Wednesday 11th October in Bologha was inaugurated the new Art and Science Centre Golinelli, which is completing the Golinelli Plants complex whose project started two years ago. The structure in modular polycarbonate was realized in nine months and is formed by two essential elements.
The first is the “core”, the actual pavillon, a closed volume of ca. 30×20 mt with an height of 8m. It is formed by panels in polycarbonate and during the day hours reflects what is surrounding the structure; during the night it has a bright appearance thanks to the matt finishing of the material.
The second constitutive element is formed by the metal sovrastructure which encloses the pavilion, flies high in the space and allows to the visitor to walk on some parts thanks to the creation of some panoramic terraces.
Polypiù is happy to having supplied the material for this project, which will be prothagonist of exhibition, meeting, venues and of the Bologna’s life.